Website design, videopgraphy, photography and logo design all under one roof 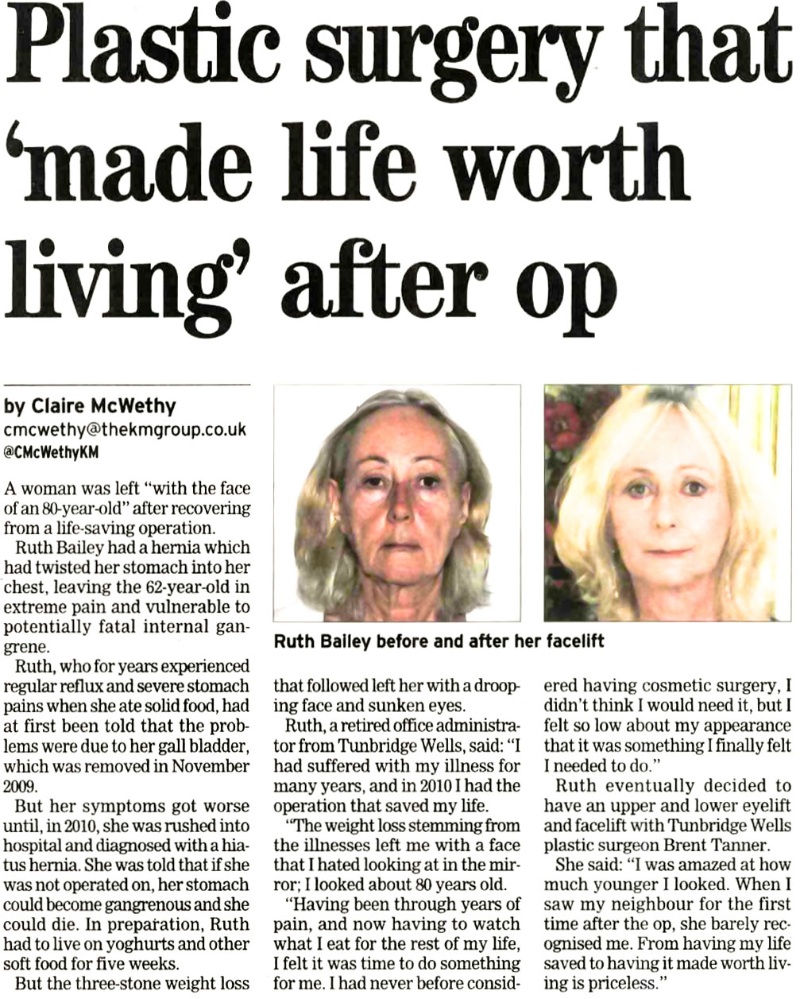 England Thug Bit Off My Ear 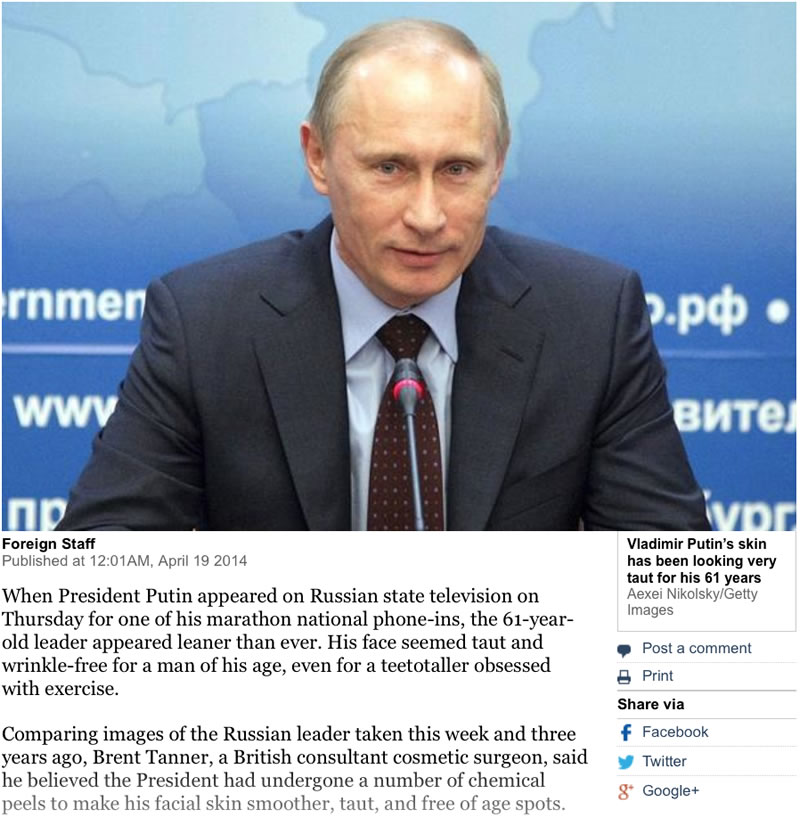 I'm like a new man since I had my tummy tuck

I'll save your sex life, Jo-Anne 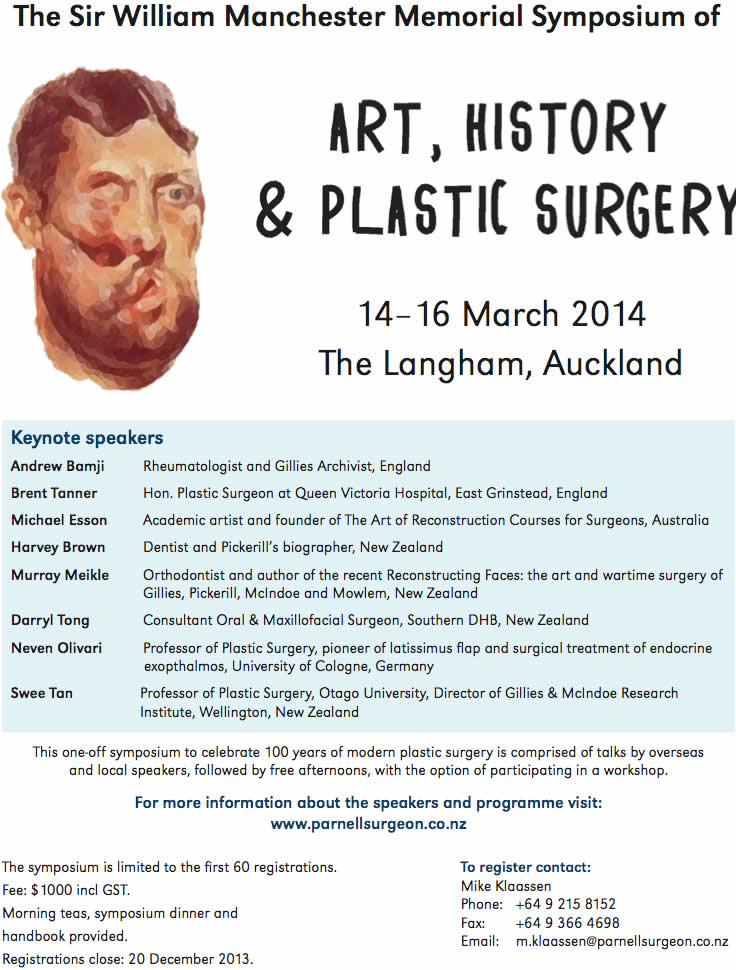 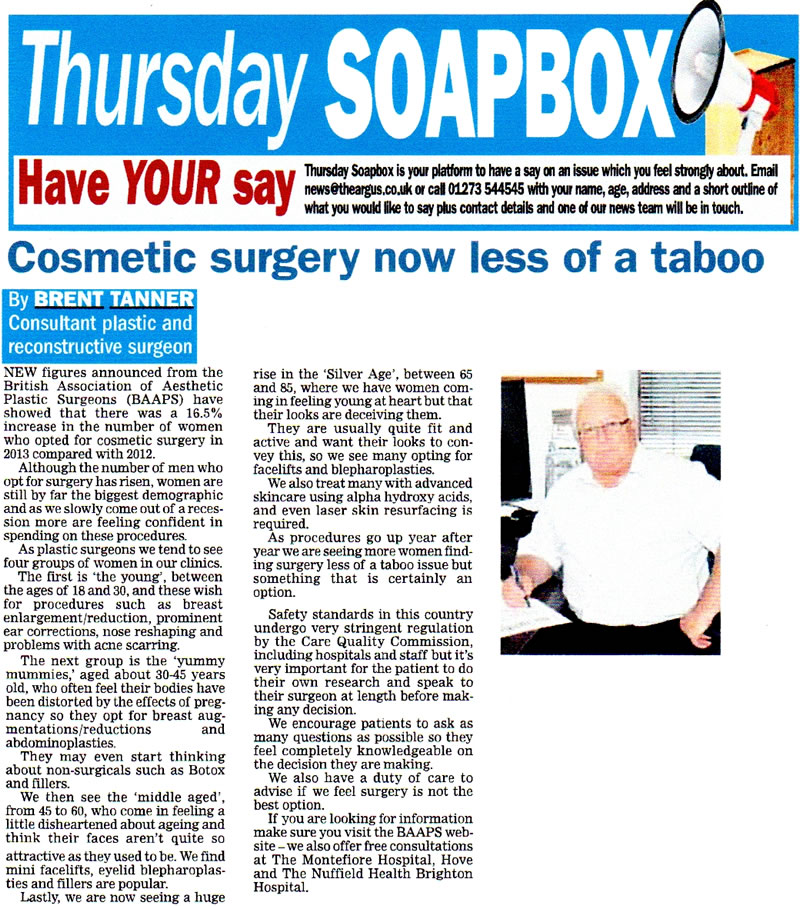 How to boost your pecs appeal 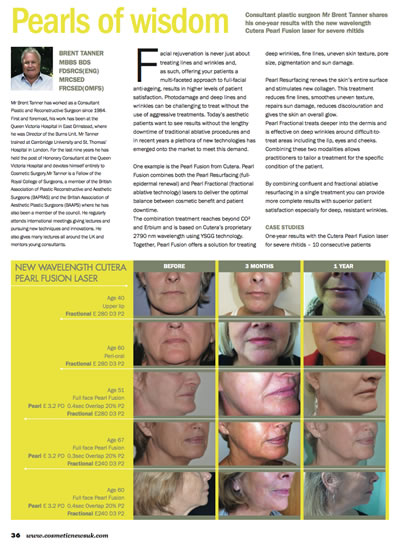 Facial rejuvenation is never just about treating lines and wrinkles and, as such, offering your patients a multi-faceted approach to full-facial anti-ageing, results in higher levels of patient satisfaction. Photo damage and deep lines and wrinkles can be challenging to treat without the use of aggressive treatments. Today's aesthetic patients want to see results without the lengthy downtime of traditional ablative procedures and in recent years a plethora of new technologes has emerged onto the market to meet this demand.

Brent Tanner, guest speaker at The House of Commons 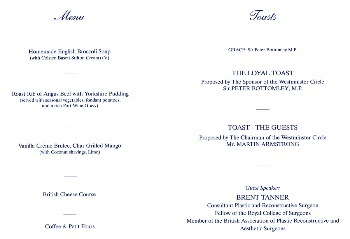 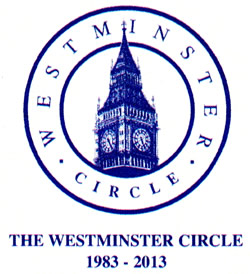 Brent Tanner is invited as their guest speaker for Ladies Night, a black tie evening held at The House of Commons on Friday 7th June 2013. Sir Peter Bottomley, M.P., was acting as host for the evening.

On the left is the evenings menu. Click on it to read close up! 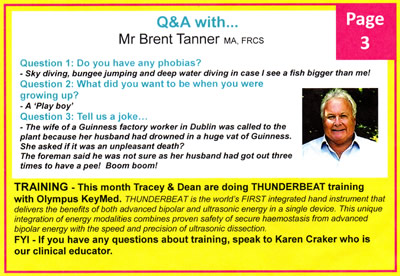 Here is a questions and answers fun article with Brent Tanner, published in the first issue of Theatre Matters, June 2013. Click on the image to the right to zoom in and read.

An article published in Number 38 of the Journal of the Association of Surgeons of Great Britain and Ireland, December 2012, about Norman Cecil Tanner. 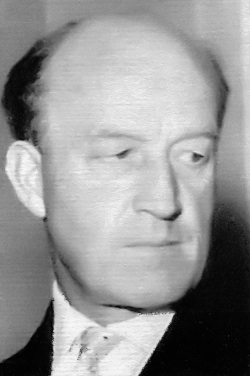 Norman Tanner, born in Bristol, qualified there and subsequently worked in several London County Council (LCC) hospitals, being appointed in I939 as Senior Resident Surgeon to St James Hospital in Balham. He never achieved a formal registrarship and his deafness precluded him from service in the armed services, but he was promoted to Consultant in I945, at a fulltime annual salary of £600. In I953, he was invited to join the staff of Charing Cross Hospital, London. At the interview, the senior physician admonished Tanner for lacking an MD but, with typical humility, he did not disclose that he had just submitted his thesis, which was successful.